Ad space available
reach us at [email protected]
Home
Hi Everyone, I managed to get in touch with Yahoo staff and resolve the issue with the emails and notifications should be back. If you feel like disabling email notifications, you can do it via your Preference settings. Click the upper right Gear icon > Edit Profile > Right side Menu > Notification Preferences.

Satisfying the Character Test for an Australian visa

The Case of He and Minister of Immigration, Citizenship, Migrant Services and Multicultural Affairs exemplifies how section 501 of the Migration Act practically operates. Section 501 states that the Minister may refuse to grant a visa to a person if he/she is not satisfied that the person passes the character test. Conduct that may affect a person’s ability to satisfy this test most commonly includes criminal conduct, actions that represent a danger to the Australian community or anything else that indicates a significant risk to society. It is important to note that if a person does not satisfy the character test, the Minister (or delegate decision maker) has discretion as to whether they will or will not refuse the visa. The case below exemplifies how this discretion is exercised.

The Case of He and Minister for Immigration, Citizenship, Migrant Services and Multicultural Affairs (Migration) [2021] AATA 797 (8 April 2021)

The facts of the case involved an applicant who had previously lived in Australia as a permanent resident from 2015-2019. During this time the applicant was convicted of numerous domestic violence offences including; contravening family violence intervention orders, counts of unlawful assault, a count of assaulting police and recklessly causing injury among other charges.

In late 2019 the applicant returned to his home country of China where he stayed until the COVID-19 pandemic threatened to impede his ability to return to Australia. At this point, the applicant sought to apply for a Resident Return (permanent) visa.

This Resident Return visa was refused on the basis of the applicant not satisfying the character test in s 501(1)(6)(d)(i). The applicant appealed this decision to the AAT.

For example, the Tribunal accepted the applicants wife’s evidence that she would suffer significant hardship in raising her minor son if she did not have support of her husband (the applicant). It was also found that the applicant played a positive role in his sons life and maintained a close parental relationship. It was seen as the sons best interests that the applicant should be granted the visa allowing him to return to Australia permanently.

The case of Sadiq is a contrasting example of where the decision maker exercised his/her discretion, yet the applicants visa application was still refused. In this case, Sadiq had fewer and minor charges than the applicant in the previous case, He. However, this case exemplifies that the decision maker does not only consider the weight of criminal charges. Other factors (such as the interests of minor children in keeping the applicant in Australia and non-refoulement obligations) are just as influential.

The applicant was a citizen of Pakistan who had lodged an application for a Student (Temporary) (Class TU) visa and was granted a bridging visa. In 2019 the applicant was sentenced to seven months imprisonment for possession of stolen property. Consequently, in 2020 the applicant received notice from the Department of Immigration and Border Protection that his application for a visa was refused and his bridging visa was cancelled by operation of law.

The visa was refused under s501(1) of the Migration Act as the applicant failed to satisfy the character test. At this point the applicant appealed to the AAT.

The Tribunal found that the applicant did not satisfy the character test. However, the Tribunal also exercised discretion and considered whether any factors outlined in Ministerial Direction No. 79 would weigh in favour of the applicant’s visa not being refused.

It was held that the need to protect the Australian community weighed more strongly in favour of the need to refuse the visa than any other considerations. The applicants visa application was refused and the bridging visa was cancelled by operation of law. The applicant was ordered to return to Pakistan. 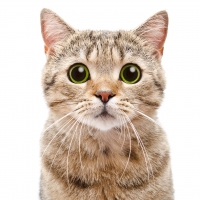 most recent by pumpkin